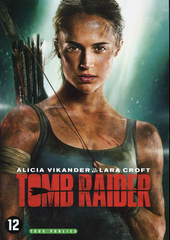 Roar Uthaug (born August 25, 1973) is a Norwegian film director. He graduated from the Norwegian Film School in 2002.

Uthaug's graduation film The Martin Administration was the second Norwegian student-film in history to be nominated by AMPAS (the Academy of Motion Pictures, Arts and Science) for the Student Academy Awards.

Working at the Norwegian production company Fantefilm, Uthaug has directed numerous commercials for…