Roberto Benigni (director), Carlo Collodi (based on the work of), Nicoletta Braschi (actor) 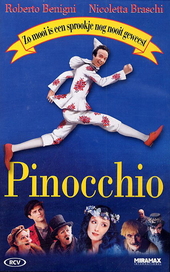 Nicoletta Braschi (born 19 April 1960) is an Italian actress and producer, best known for her work with her husband, actor and director Roberto Benigni.

Born in Cesena, Braschi studied in Rome's Academy of Dramatic Arts where she first met Benigni in 1980. Her first film was with Benigni in 1983, the comedy Tu Mi Turbi (You Upset Me). She later appeared in two Jim Jarmusch films, Down by Law and