Greystoke : the legend of Tarzan, lord of the apes

Greystoke : the legend of Tarzan, lord of the apes

Tarzan : king of the jungle 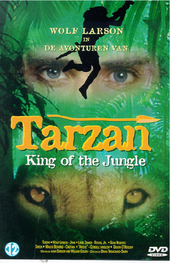 Tarzan : king of the jungle

Edgar Rice Burroughs (September 1, 1875 – March 19, 1950) was an American speculative fiction writer, best known for his prolific output in the adventure, science fiction and fantasy genres. His most well-known creations include Tarzan of the Apes, John Carter of Mars (Barsoom series) and Carson Napier of Venus (Amtor series).

He is also known for the hollow Earth–themed Pellucidar series, beginning with At the Earth's Core