Dalle was born in Brest, Finistère, France, as Béatrice Cabarrou. In 1985, she married the painter Jean-François Dalle, whom she divorced in 1988.

Working as a model when she met filmmaker Jean-Jacques Beineix, Beineix cast her in the lead role of the 1986 film 37°2 le matin (later released in the UK and USA as Bett… 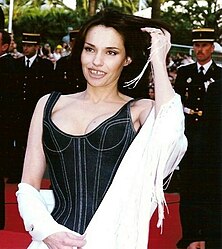