A touch of Frost. Seizoen 11

R.D. Wingfield (based on the work of), David Jason (actor)

A touch of Frost. Seizoen 11

Contents
Episode 1 Another life
Episode 2 Dancing in the dark

Title
A touch of Frost. Seizoen 11

Based on the work of
R.D. Wingfield

Rodney David Wingfield (6 June 1928 – 31 July 2007) was an English author and radio dramatist. He is best remembered for creating the character of Detective Inspector Jack Frost, who was later played by Sir David Jason in A Touch of Frost.

Rodney David Wingfield was born in Hackney, east London in 1928. He was educated at the Coopers' Company School and during the Second World War was evacuated to Frome, Somerset. Wingfield was exempted from National Service due to poor eyesight and had various office jobs in the East End before joining the Petrofina oil company. His first radio play, Our West Ladyton Branch was accepted by the BBC in 1968 and two more were then commissioned, at which point Wingfield resigned from his job.

In 1972, Macmillan Publishers invited him to write a book, and he wrote Frost at Chr…Read more on Wikipedia

Work of R.D. Wingfield in the library 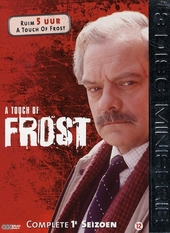 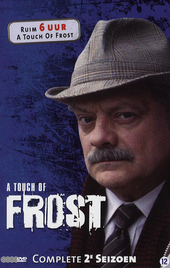 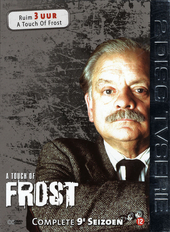