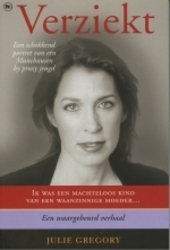 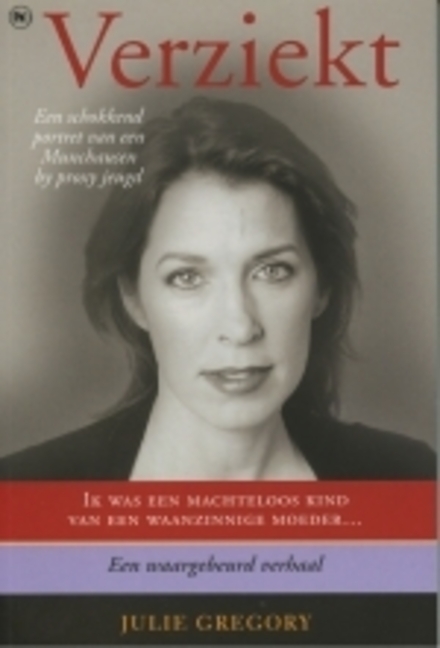 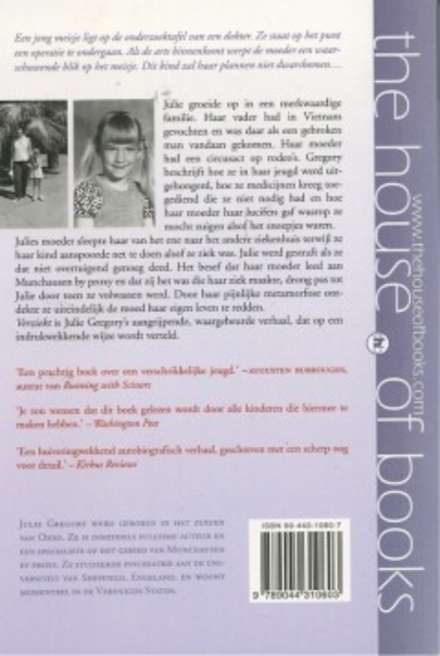 Julie Joell Gregory (born May 16, 1969 in Columbus, Ohio) is an American author of Sickened: The Memoir of a Munchausen by Proxy Childhood, an autobiographical account of the Münchausen syndrome by proxy abuse she suffered as a child.

According to Sickened, Gregory's mother frequently took her to various doctors, coaching her to act sicker than she was and exaggerating her symptoms, and demanding increasingly invasive procedures to diagnose the girl's imaginary illnesses. At home, her mother fed Gregory a diet based on foods a doctor had said Gregory should not have, administered prescription medicine erratically, sometimes in double doses, and filled her days with strenuous physical labor. According to Gregory, her mother even became upset when one doctor would not perform open heart surgery on her daughter. Also, in the book, Gregory mentions being told by her mother that matches were sucker…Read more on Wikipedia

Work of Julie Gregory in the library