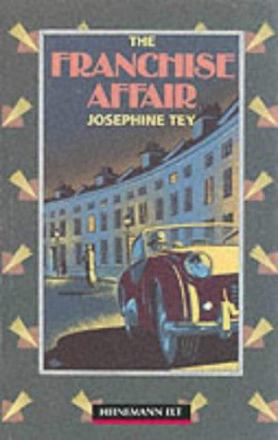 Josephine Tey was a pseudonym used by Elizabeth MacKintosh (25 July 1896 – 13 February 1952), a Scottish author. Her novel The Daughter of Time was a detective work investigating the role of Richard III of England in the death of the Princes in the Tower, and named as the greatest crime novel of all time by the Crime Writers' Association. Her first play Richard of Bordeaux, written under another pseudonym Gordon Daviot, starred John Gielgud in its successful West End run.

MacKintosh was born in Inverness, the oldest of three daughters of Colin MacKintosh, a fruiterer, and Josephine (née Horne). She attended Inverness Royal Academy and then, in 1914, Anstey Physical Training College in Erdington, a suburb of Birmingham. She taught physical training at various schools in England and Scotland and during her vacations worked at a convalescent home i…Read more on Wikipedia

Work of Josephine Tey in the library