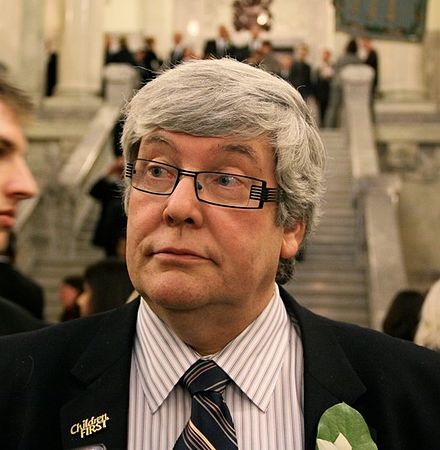 David Graeme Hancock, (born August 10, 1955) is a Canadian lawyer and was the 15th Premier of Alberta in 2014. Since 2017, he has served as a judge of the Provincial Court of Alberta. From 1997 to 2014, he was a Member of the Legislative Assembly of Alberta representing Edmonton-Whitemud as a Progressive Conservative until announcing resigning from the legislature on September 12, 2014.

Hancock was born August 10, 1955 in Fort Resolution, Northwest Territories, grew up in Hazelton, British Columbia, went to high school in Fort Vermilion, Alberta before moving to Edmonton in 1972. He went to the UofA for his undergraduate degree in Political Science, graduated in 1975, was a member of the Phi Gamma Delta fraternity at UofA and received his law degree.

Hancock was politically involved from a young age, serving as the president of the Progressive Conservative Association of Alberta'…Read more on Wikipedia

Work of David Hancock in the library