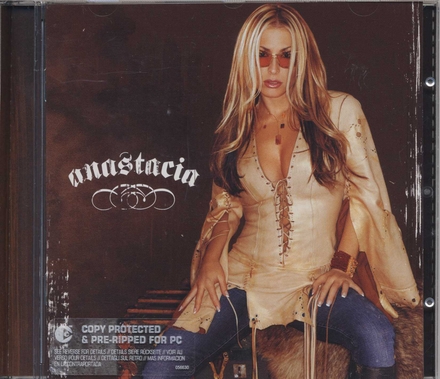 Anastacia Lyn Newkirk ( AN-ə-STAY-zhə; born September 17, 1968) is an American singer-songwriter, producer and former dancer. Her first two albums Not That Kind (2000) and Freak of Nature (2001) were released in quick succession to major success. Spurred on by the multi-platinum, global smash "I'm Outta Love", Anastacia was awarded as the 'World's Best-Selling New Female Pop Artist' in 2001. Her commercial success continued with international hits such as "Paid My Dues", "One Day In Your Life" and the official song of the 2002 FIFA World Cup, "Boom". After recovering from cancer, she returned with 2004's Anastacia which deviated from previous albums into pop-rock. Peaking at number one in 11 countries, it became Europe's second biggest selling album of the year. Its lead single "Left Outside Alone" remained at number one on the European Read more on Wikipedia

Work of Anastacia in the library