Based on the work of
Juan Carlos Onetti 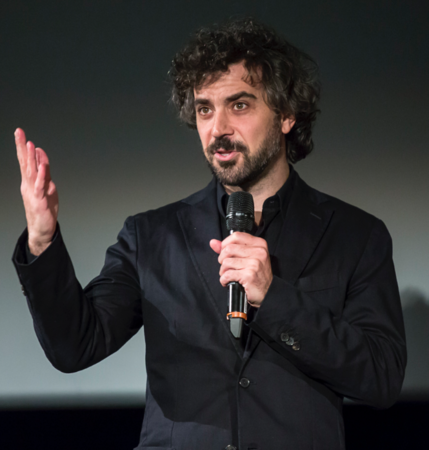 Álvaro Brechner (born April 9, 1976 in Montevideo, Uruguay) is a Uruguayan film director, writer and producer that lives in Spain.

He has written and directed three feature films, Bad Day to Go Fishing (Mal Día Para Pescar), Mr. Kaplan and A Twelve-Year Night (La Noche de 12 Años). His films have been selected in several festivals such as Cannes Film Festival and Venice Film Festival. All three of his films have been chosen as Uruguay's official selection for the Academy Award for Best Foreign Language Film.

He attended the Catholic University of Uruguay where he obtained a degree in Media Studies.

In 1999 he earned a master's degree in creative documentary at the Universidad Autonoma de Barcelona, Spain.

He directed and produced several documentaries and the 35mm short films: "The Nine Mile Walk" (based on a short story by the American writer Harry Kemelman), "So…Read more on Wikipedia

Work of Alvaro Brechner in the library