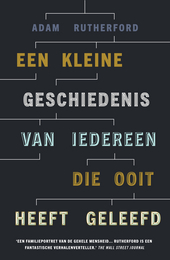 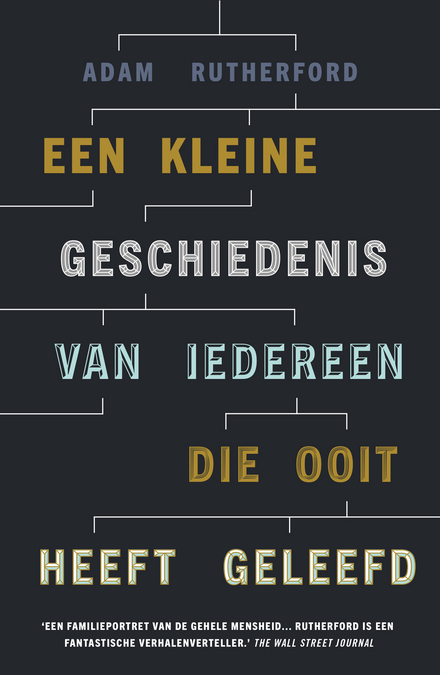 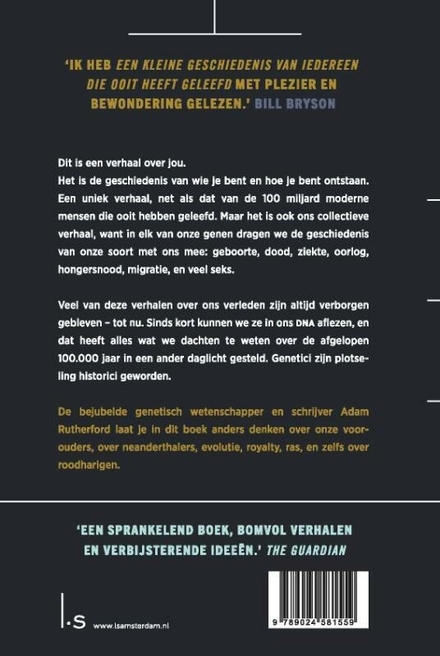 Original title
A brief history of everyone who ever lived : the stories in our genes

Adam David Rutherford (born 1975) is a British geneticist, author, and broadcaster. He was an audio-visual content editor for the journal Nature for a decade, and is a frequent contributor to the newspaper The Guardian. He hosts the BBC Radio 4 programmes Inside Science and (with Dr Hannah Fry) The Curious Cases of Rutherford and Fry; has produced several science documentaries; and has published books related to genetics and the origin of life.

He is an Honorary Senior Research Associate in the Division of Biosciences at University College London.

Rutherford, who is half-Guyanese Indian, was born in Ipswich in the East of England and attended Ipswich School.

He was admitted to the medical school at University College London, but transferred to a degree in evolutionary genetics, including a project under Steve Jones study…Read more on Wikipedia

Work of Adam Rutherford in the library